Exploring Le Touquet with your eyes to the sky is the best way to discover some real gems! From the Canche Lighthouse to the Paris-Plage Tower, you won’t need to go far to unearth some unsuspected marvels of architecture, such as the amazing Art Deco façades.

This walkabout begins at the foot of the Lighthouse, a real architectural gem that stands 57 metres tall. Designed in 1947 by the architect Louis Quételart, this dizzying monument with 274 steps offers a breathtaking view over the entire resort.

From there, it’s just a few minutes’ walk to the elegant Art Deco façade of the Hôtel Westminster, before heading for Avenue Saint-Jean. Stop on the way to admire the Swiss Village, a cluster of three chalets built in 1905-1906 by the architect Paul Bertrand. The ground floor of medieval castle inspiration won’t fail to pique your curiosity!

Your walk then continues to the Town Hall, via the villas Monéjan and Le Roi d’Ys, both typical examples of Anatole Bienaimé’s architectural style.

While you’re in the vicinity, whatever you do don’t miss this chance to visit Tata Ice ! With its pink façade shaped like a face, this amazing villa is a merry blend of Art Deco and cubist influences.

Built in 1929, the town hall’s impressive scale never goes unnoticed. It towers above Rue Jean Monnet, the street leading to Boulevard de la Plage on the seafront. Again, look up to admire Le Castel, a neo-medieval creation by Henri Valette, and of course the Indoor Market.

The final stage of your journey is on Le Touquet seafront where you’ll see a few more remarkable villas, including a cluster of four family manor houses (Saint Augustin, Thalassa, Phébus and Borée) dating from the late 19th century.

The walk ends at Place du Centenaire with a nod to France’s most famous monument. Inaugurated in 2017, the 9.5-metre Paris-Plage tower was sculpted by Alain Godon. This Eiffel Tower of sand pays honours the links between Paris and Le Touquet. 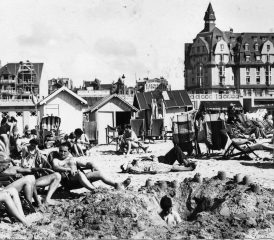 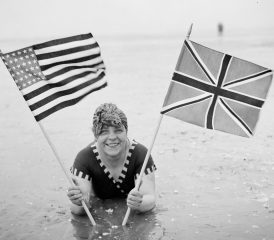 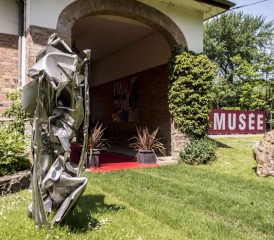